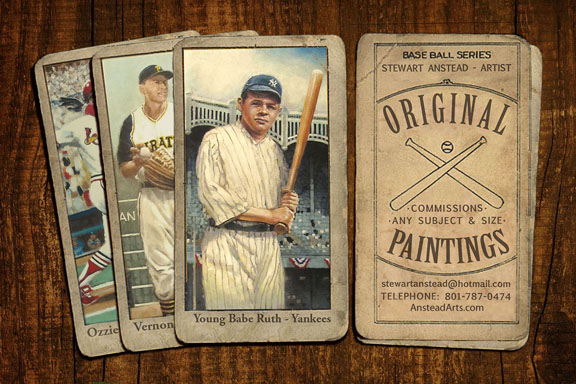 These pieces are unique layouts. There are no photos like them anywhere because I typically use some existing images and then composite them with multiple images from
many sources to create (and in many instances) RE-create moments as they may have
looked had a camera or artist been there. It is gratifying to rebuild moments from a new
source from alternate views ... something that has been appreciated by the athletes themselves. 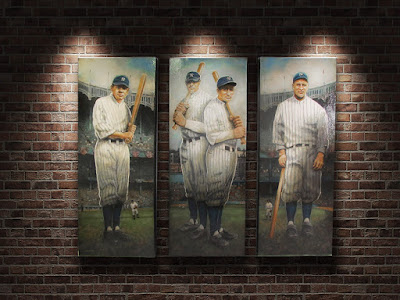 Features authentic uniforms and stadium to the 1927 World Series in Yankee Stadium (v1)
This shows a pre-game warm-up in one of the Yankee home games. There were only 4 games because the Yankees dominated that year. This team is considered by many as the greatest team ever. That is remarkable, and is the reason why I chose these specific players with this setting. There are so many aspects of the stadium that changed nearly every 10 years and there were only a couple of photos that I was able to find of this series in New York that showed anything past the infield. This was the one stadium I wanted to visit more than any outside of San Francisco and now it's too late. Such a hallowed place.

Things to notice:
•The umpire looking at his watch waiting for the game to begin in panel 1
•The subway train in panel 2
•People standing on the top of the buildings past the centerfield wall waiting for the game
•There was an actual track that circumnavigates the field which you see easier in panel 2
•There are massive exits through left-center and right-center and a wide walkway
• Players in the background playing catch between all three panels
Yankee old-timers know that left field was nearly 100 feet deeper than center field!
ALSO - that it had a massive flagpole IN THE FIELD!
ALSO - that it eventually had large stone monuments behind the flagpole!
Amazing era. Amazing players. Amazing place.

CALL FOR PRICE
for the set of 3 - Triptych

Includes Shipping to the
lower 48 USA.
Please contact for shipping
price beyond this. 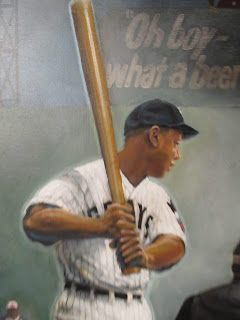 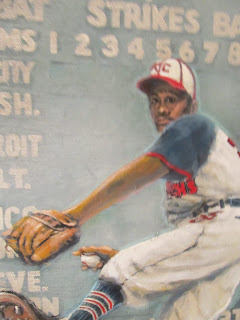 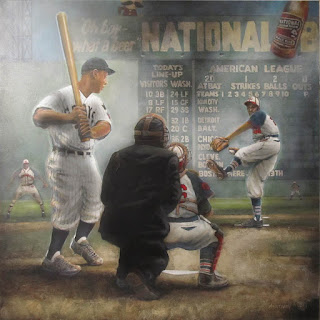 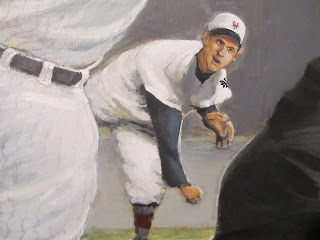 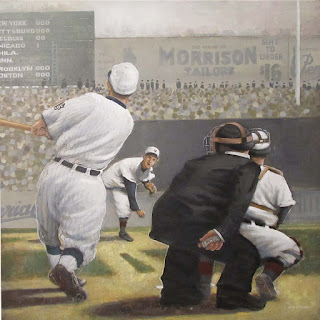 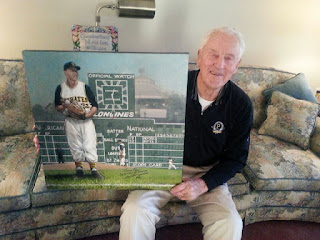 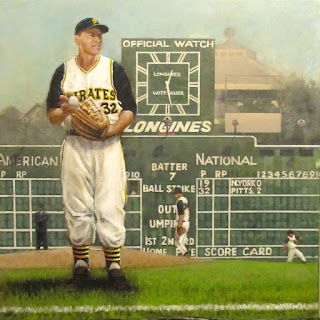 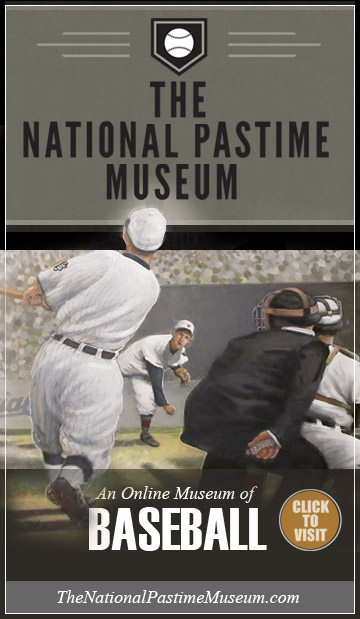 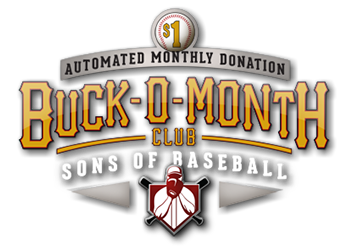